The Suicide Squad—not to be confused with its 2016 predecessor Suicide Squad, hold the “the”—is the first DC superhero movie to hit the big screen since the COVID-19 pandemic began. The movie also happens to be a soft reboot of the Suicide Squad story. While characters seen in the last movie, like Harley Quinn (Margot Robbie) and Rick Flag (Joel Kinnaman) seem to know each other from the previous film, there’s absolutely no acknowledgement of Will Smith’s Deadshot or Cara Delevigne’s Enchantress. It’s a bit confusing.

More confusing still is Warner Bros. “multiple worlds” strategy for the DC Entertainment Universe (DCEU). Like the Marvel Cinematic Universe (MCU), the DC movies are headed into a multiverse where different versions of the same heroes can exist in parallel universes and—inevitably—traverse the time-space continuum to meet one another.

Just like we’ll likely see multiple Spider-Men in Marvel’s Spider-Man: No Way Home before the year is out, it’s guaranteed we’ll see multiple Batmen—one played by Ben Affleck, another by Michael Keaton—in DC’s upcoming movie about The Flash. And you won’t just see them on the big screen: DC is also rolling out more in-universe television series to tie into their films.

And sorry Snydercut fans: While DC has announced dozens of projects in development, none of them seem to continue the future stories hinted at at the end of Zack Snyder’s cut of Justice League. We’re unlikely to see Martian Manhunter or that sandy apocalypse where Ben Affleck’s Batman and Jared Leto’s Joker team up anytime soon.

It’s a lot to keep track of. Here are all the upcoming movies in the DCEU.

Read More: How The Suicide Squad End-Credits Scene Sets Up the Future of the DCEU

John Cena is the breakout star of The Suicide Squad. And now his character Peacemaker (whom Cena has described as “a douchey Captain America”) is getting his own spinoff series. During the pandemic break, The Suicide Squad director James Gunn (who also helms the Guardians of the Galaxy movies) began writing a backstory for Peacemaker and eventually turned the story into a TV series that he will also direct.

Ben Affleck has retired his Batman cape. (Well, at least partly. More on that later.) So it’s time for yet another version of the Caped Crusader to grace cinema. This time he’ll be played by Robert Pattinson. Matt Reeves, who helmed Cloverfield and two of the recent Planet of the Apes films, is directing the gothic-looking movie. Zoë Kravitz will play Catwoman; Paul Dano will star as the Riddler; and Colin Farrell will be nearly unrecognizable as the Penguin. This Batman and his cohort of villains will exist on a different “Earth” than Affleck’s Batman and his allies and rivals. That means we’ll probably never see Pattinson’s Bruce Wayne in the same room as Gal Gadot’s Wonder Woman. 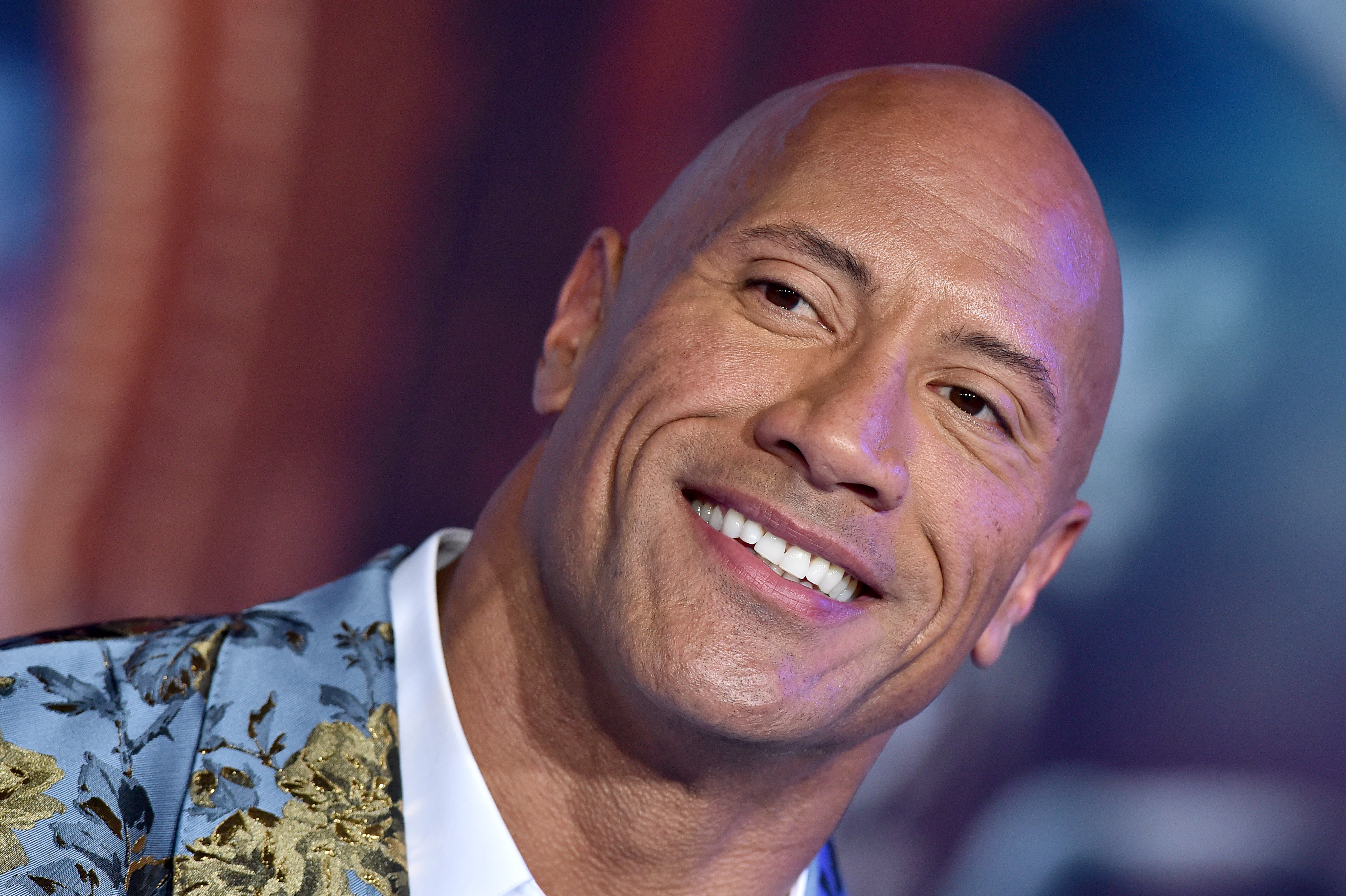 Dwayne Johnson attends the premiere of Sony Pictures’ “Jumanji: The Next Level” on December 09, 2019 in Hollywood, California.

The Rock has previously performed many impossible feats on screen through his appearances in the the Fast & Furious franchise and other action movies. But he has never, technically, played a superhero. Dwayne Johnson has been vying to play Black Adam for years, and his dreams will finally come to life next summer. “Black Adam is blessed by magic with the powers equal to Superman, but the difference is he doesn’t toe the mark or walk the line,” Johnson wrote on Instagram. “He’s a rebellious, one of a kind superhero.” The character is a nemesis of Shazam, who got his own movie in 2019. Assuming Black Adam performs well at the box office, it’s likely we’ll get to see the two square off in a future film. 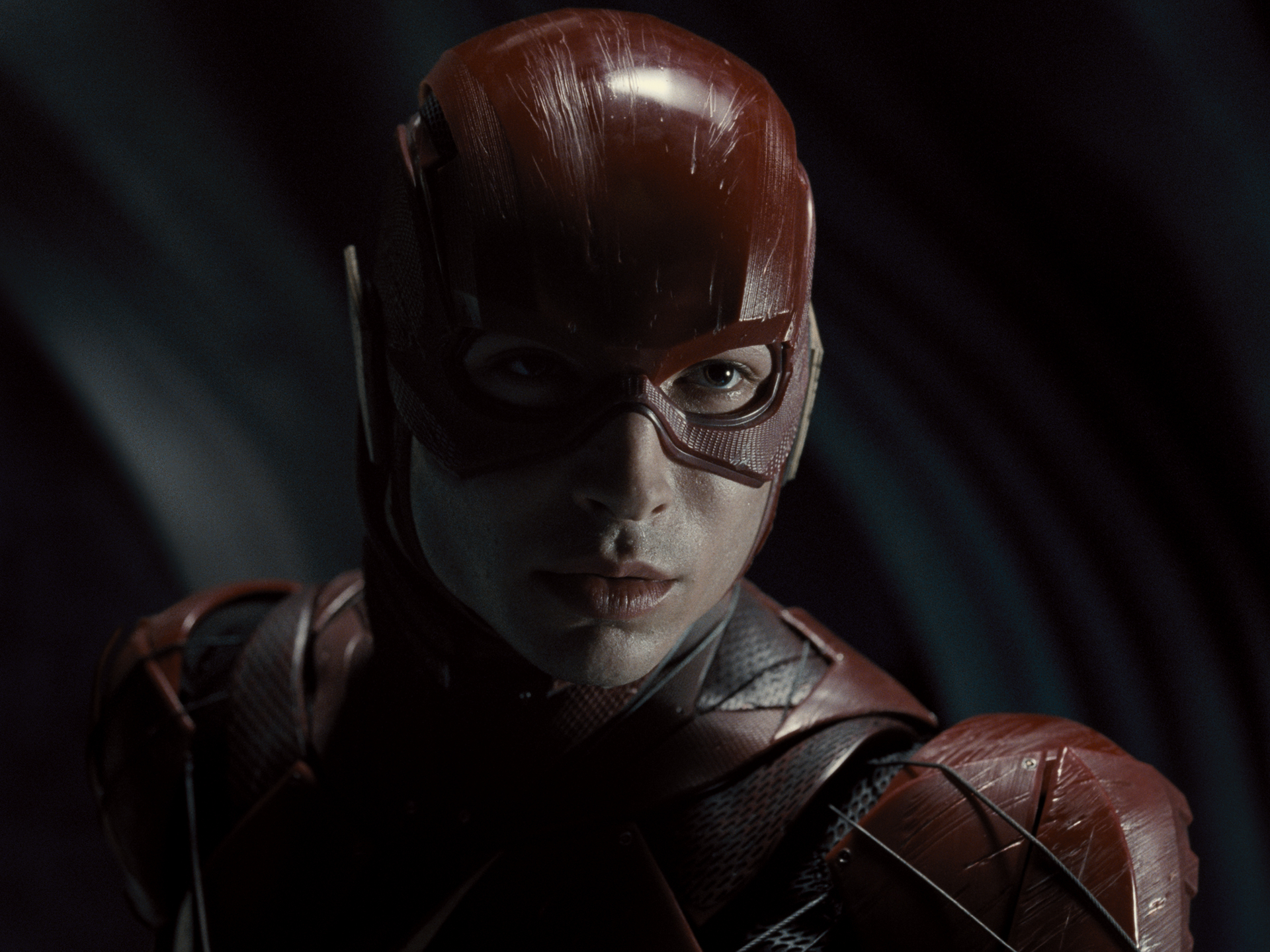 Ezra Miller as The Flash in Zack Snyder’s Justice League

The Flash has been delayed for four years, but the movie remains the key to the expansion of the DCEU. Ezra Miller will reprise the role of Barry Allen, the super-fast superhero he played in Justice League. Affleck will return as Batman in seemingly his last appearance in the DCEU films. But he’s not the only Batman that will pop up in The Flash. Michael Keaton will also reprise his role as the 80s-era Batman in the movie. The Flash takes inspiration from the famous Flashpoint comic in which Allen travels back in time to save his mother and, in doing so, creates a parallel timeline. Presumably, one of those timelines contains Affleck’s Batman, the other Keaton’s. The plot is supposed set the stage for future DCEU movies that will be set in the two separate, parallel universes. It will also introduce actor Sasha Calle as Supergirl.

Aquaman and the Lost Kingdom (December 16, 2022 in Theaters) 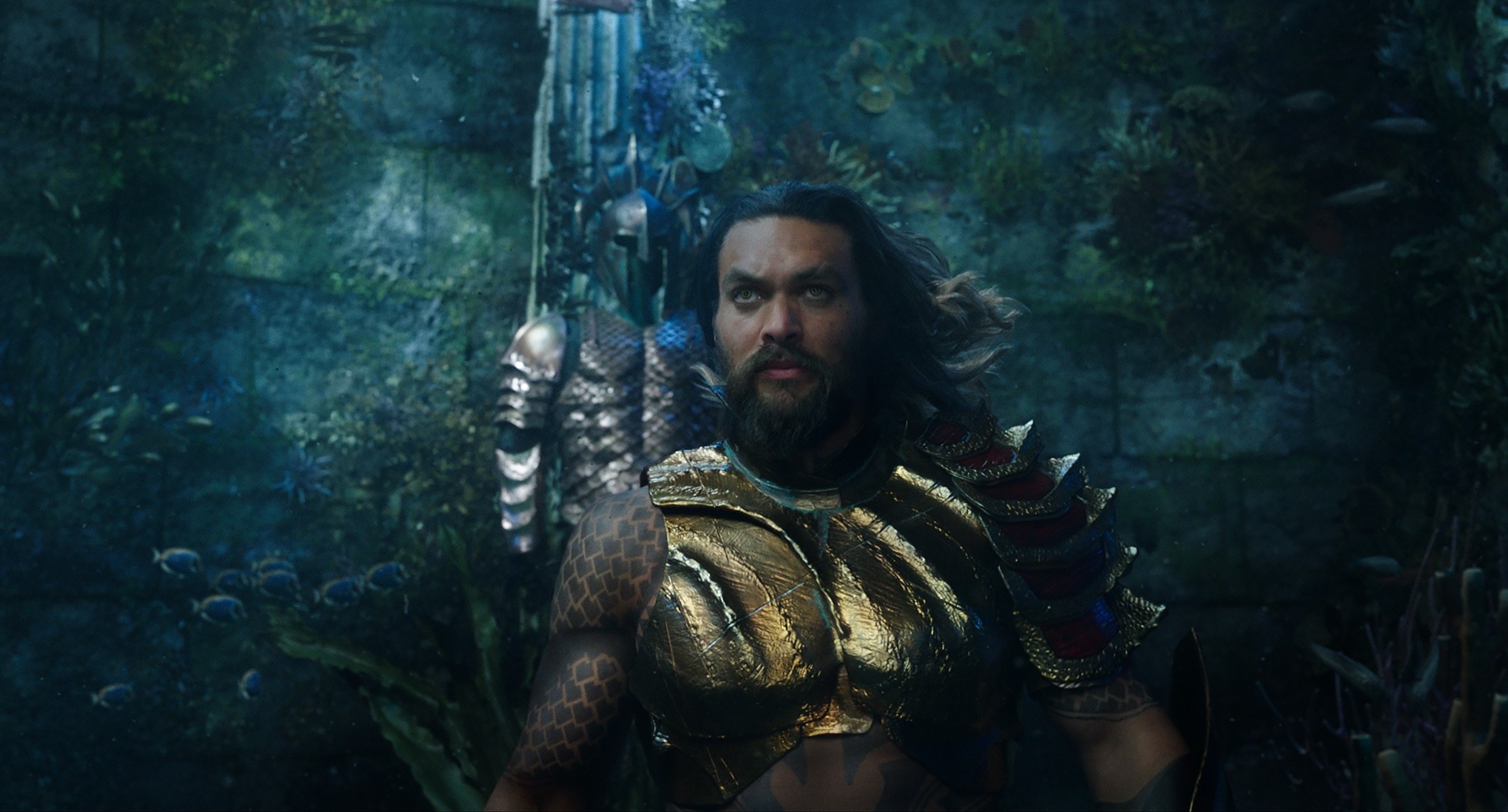 Jason Momoa will return as the protector of the deep in this sequel to Aquaman. In fact, just about everyone involved with the first hit film is back for the second, including stars Amber Heard, Patrick Wilson Yahya Abdul-Mateen II and director James Wan. Warner Bros. has remained mum on the details of the movie, though the title certainly suggests we’ll get to see more of the undersea empire than just Atlantis. 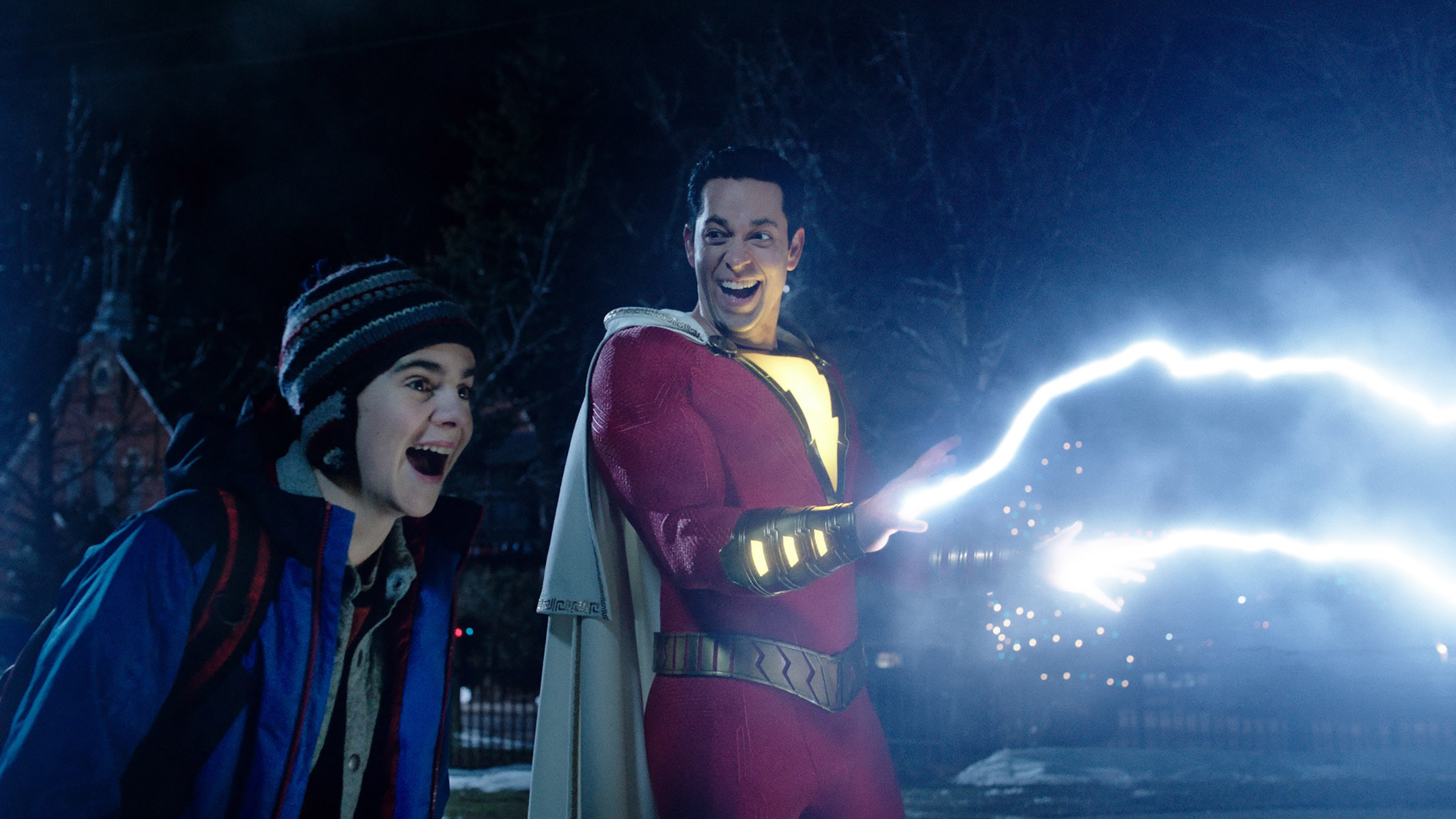 Jack Dylan Grazer as Freddy Freeman and Zachary Levi as Shazam in Shazam!

A hit at the box office, the Shazam! franchise has courted some heavy hitters for its sequel. Helen Mirren and Lucy Liu will join Zachary Levi in the cast for the comedic superhero film. Mirren, specifically, will play the villain Hespera, daughter of the god Atlas

The Batman director Matt Reeves will produce this HBO Max series that will center on the busiest and most corrupt police department in the history of fiction and presumably tie into the plot of the Robert Pattinson film. 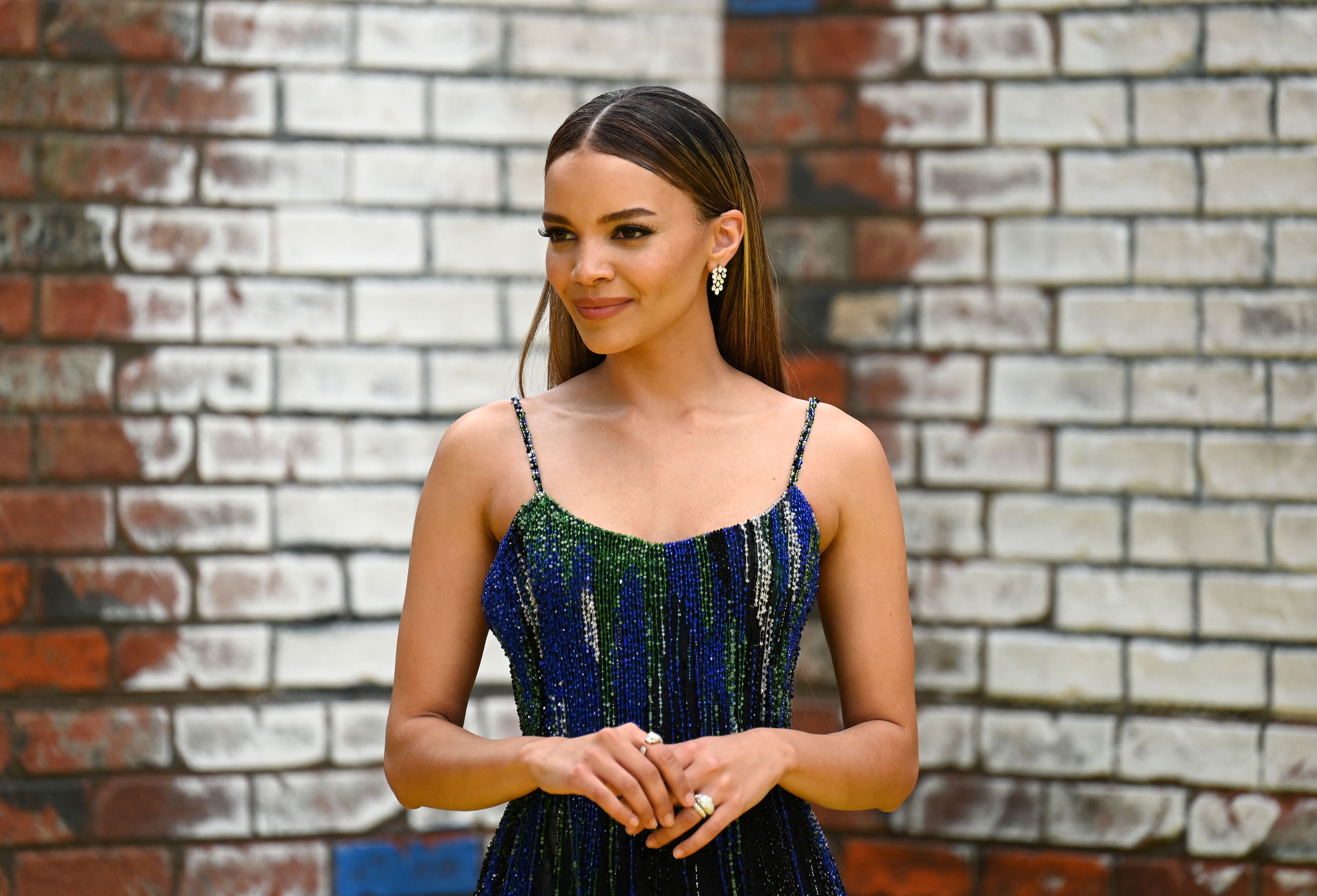 Leslie Grace attends the opening night premiere of “In The Heights” during the Tribeca Festival at the United Palace Theatre on June 9, 2021 in New York City.

The DCEU has scooped up In the Heights star Leslie Grace to play Batgirl. In the comics, Barbara Gordon, the daughter of Commissioner Jim Gordon, moonlights as a superhero. J.K. Simmons, who starred as Jim Gordon in Justice League, is reportedly set to appear in the new film. Batgirl has been in the works for years—Joss Whedon was attached at one point but then departed the project. The new screenplay comes from from Christina Hodson, who worked on both Birds of Prey and The Flash. 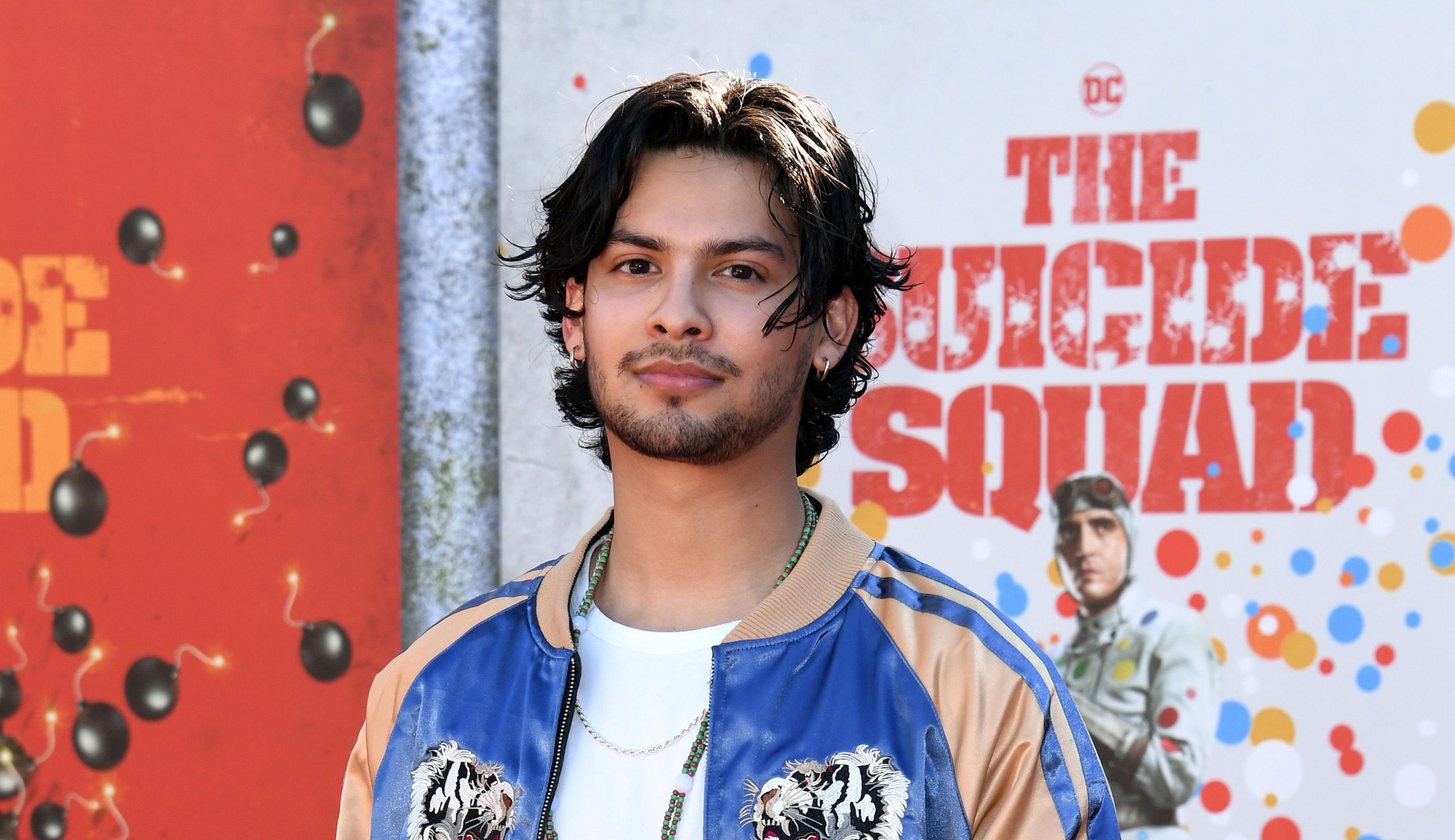 Xolo Maridueña attends the premiere of “The Suicide Squad” in Los Angeles.

Like Batgirl, Blue Beetle will be an HBO Max exclusive, headed to the streamer between 2022 and 2023. In the comics, Blue Beetle derives his powers from an alien scarab attached to his spine. Xolo Maridueña from Cobra Kai will play the titular hero. 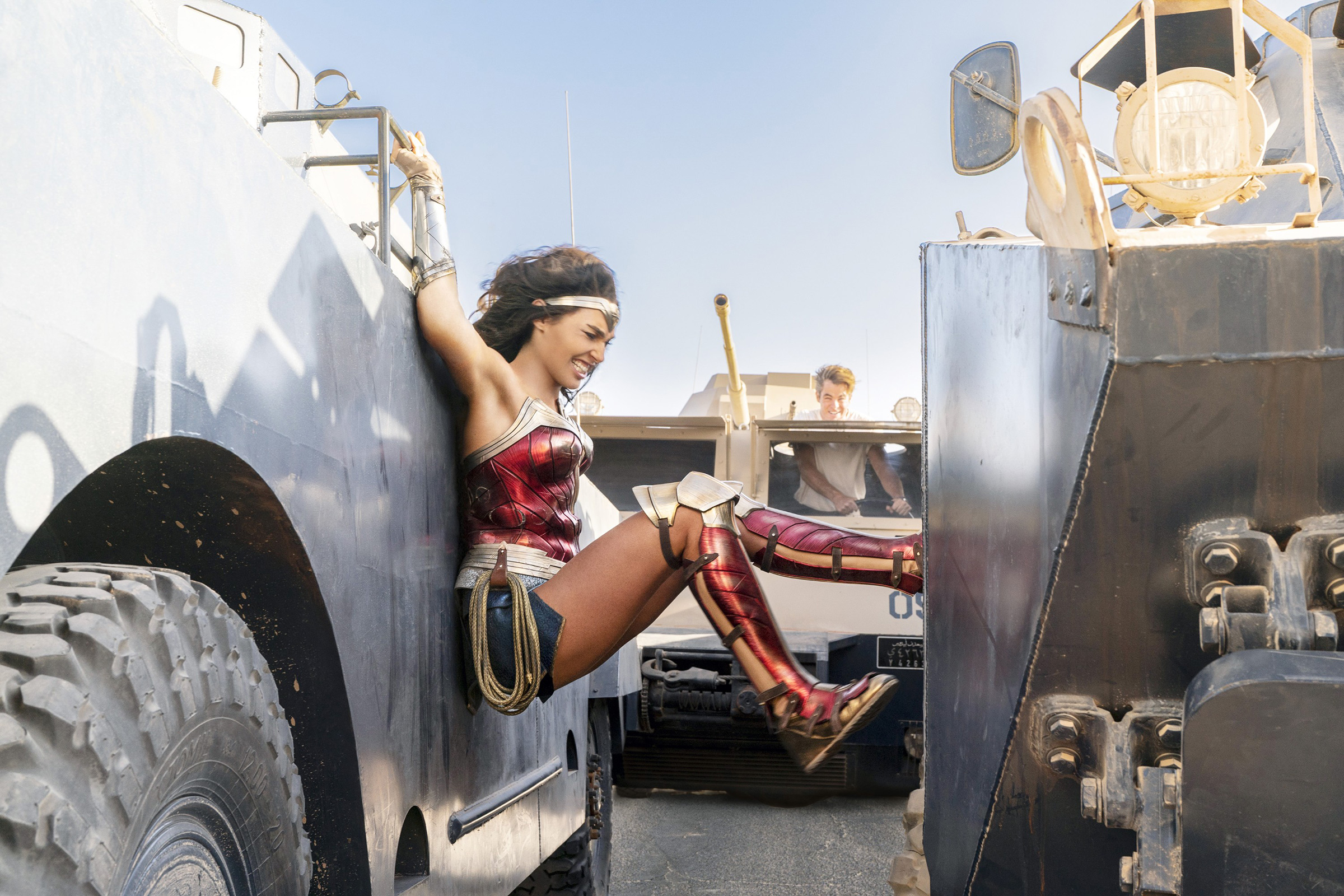 A third Wonder Woman movie was announced right when Wonder Woman 1984 dropped in late 2020. Patty Jenkins will once again direct Gal Gadot in the film. Unlike the last two movies, which were set during World War I and the Reagan Era, respectively, Wonder Woman 3 will reportedly take place in modern day. There’s no release date yet so fans will likely have to wait a few years for the next entry, leaving plenty of time to speculate on if and how Chris Pine’s Steve Trevor might appear this time.

Sasha Calle has been cast to play Supergirl, who goes by the name Kara Zor-El and is the cousin of Superman. 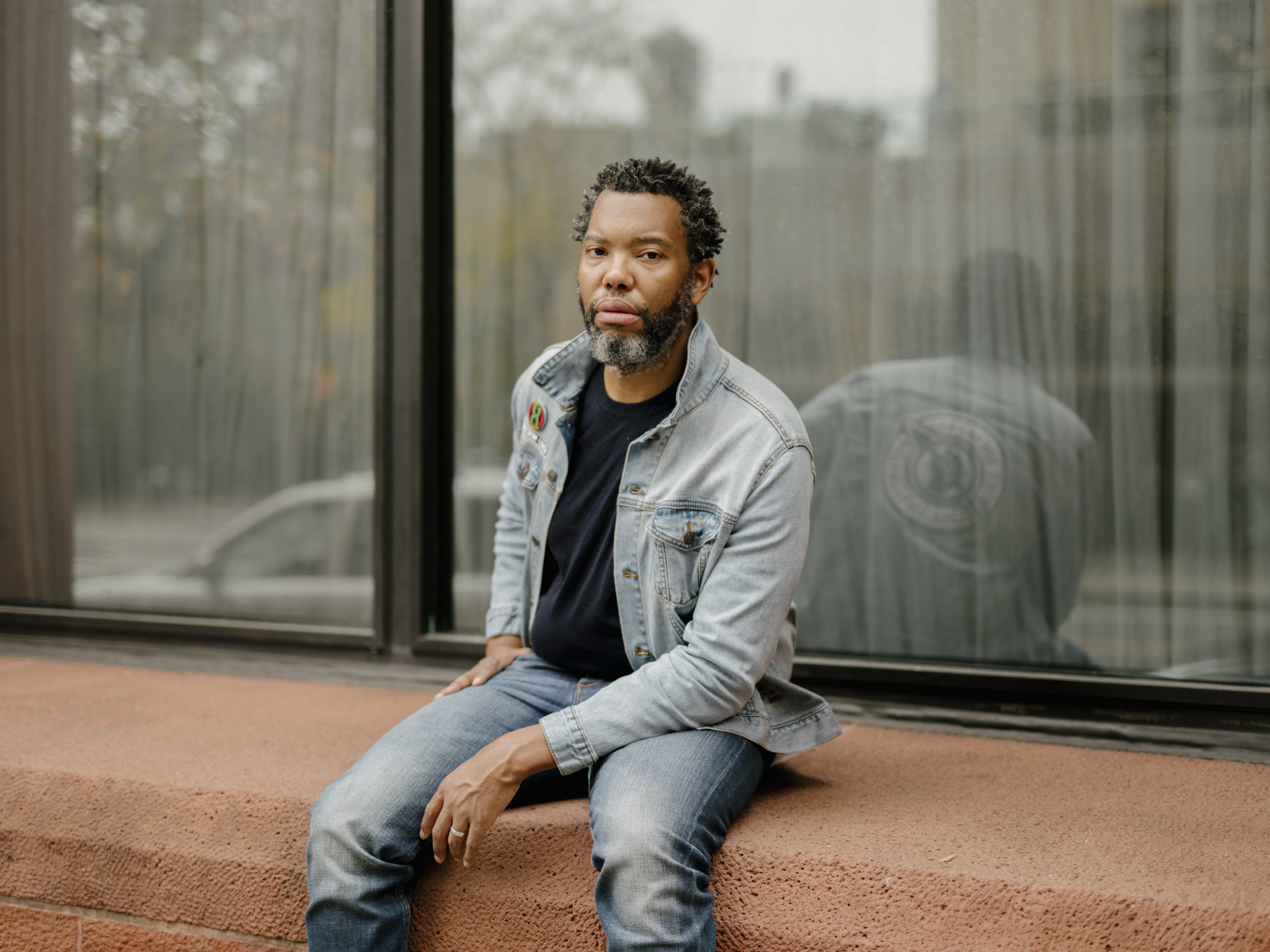 MacArthur Genius Grant winner Ta-Nehisi Coates is no stranger to comic books. After writing the bestselling Between the World and Me, he took a turn writing the Black Panther comics. Now, he’s taking a shot at bringing a superhero to the big screen, specifically a Black Superman. J.J. Abrams is set to produce the movie. 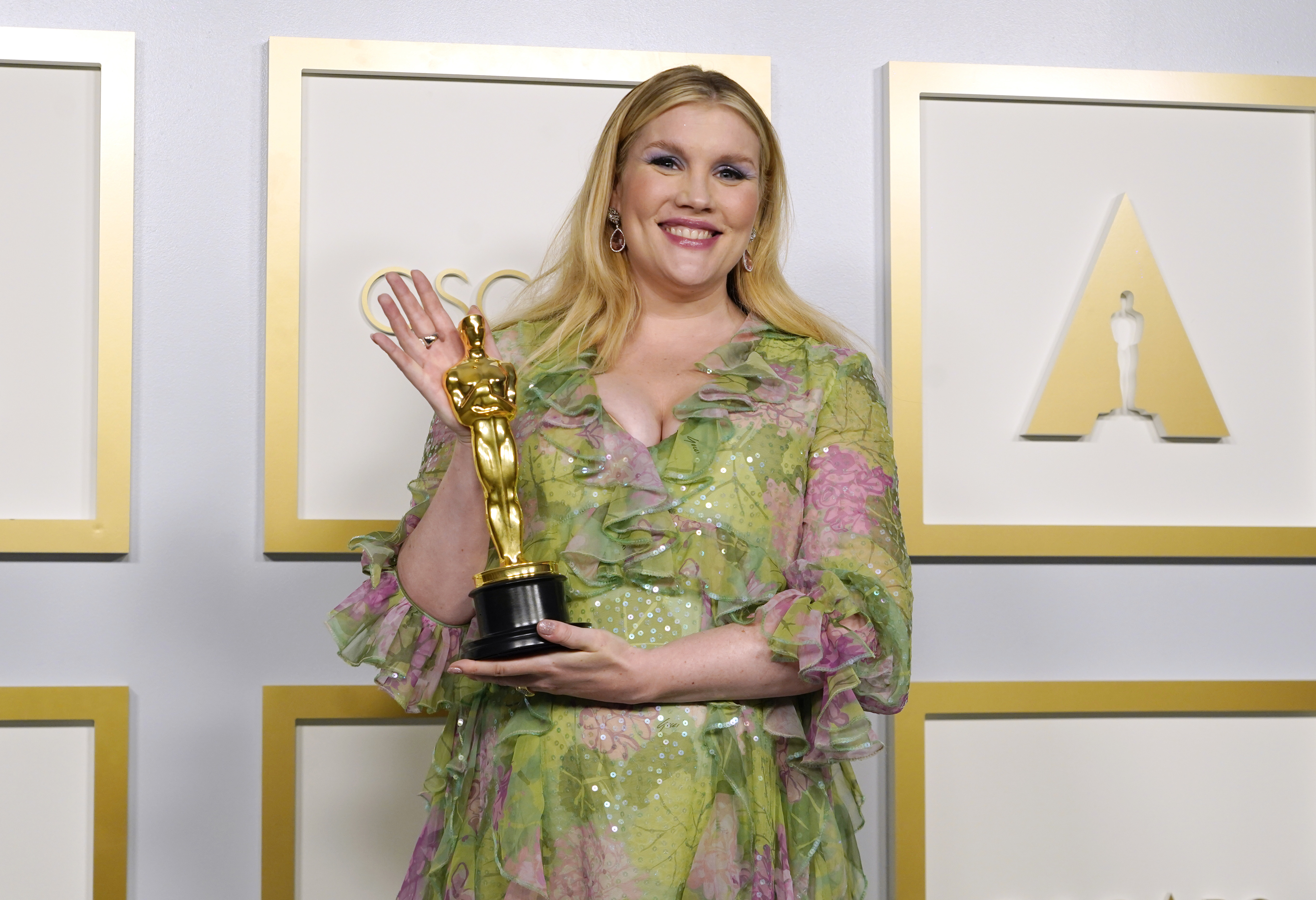 Emerald Fennell, the writer-director who won a Best Original Screenplay Oscar for Promising Young Woman, is penning a script for the most powerful sorceress in the DC universe, Zatanna. 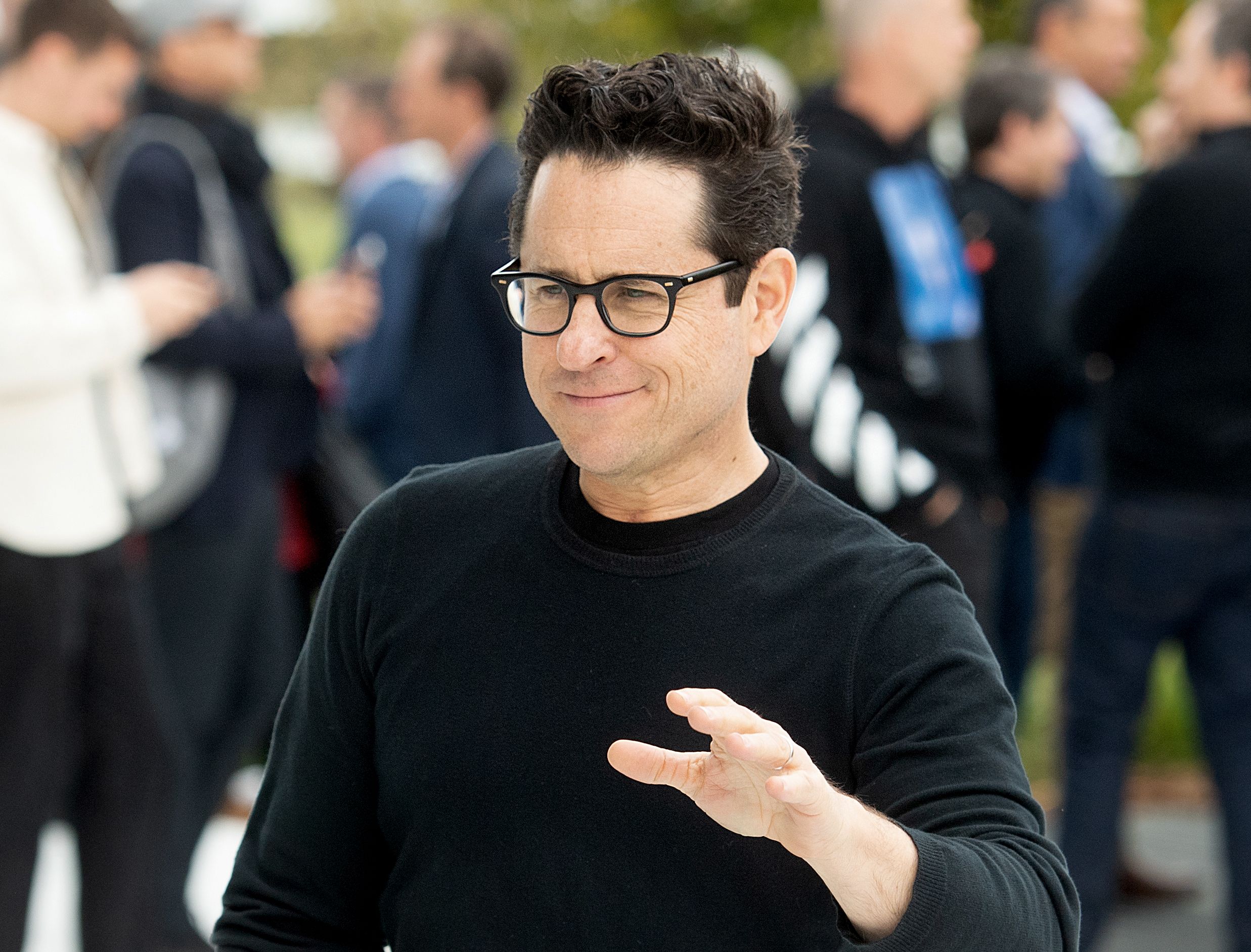 J.J. Abrams’ production company Bad Robot is working on an entire universe of Justice League Dark TV shows and films. The heroes who make up this superhero team face weirder and, well, darker villains than the ones Superman and Batman confront. The mysticism seen in the Zatanna movie could potentially tie into this universe.

The studio’s first attempt at a Green Lantern movie starring Ryan Reynolds faltered and is best remembered as being the butt of several jokes by Reynolds in Deadpool. The studio is trying again and has solicited several scripts from various writers over the years, reportedly aiming to premiere the film in 2022 or 2023. 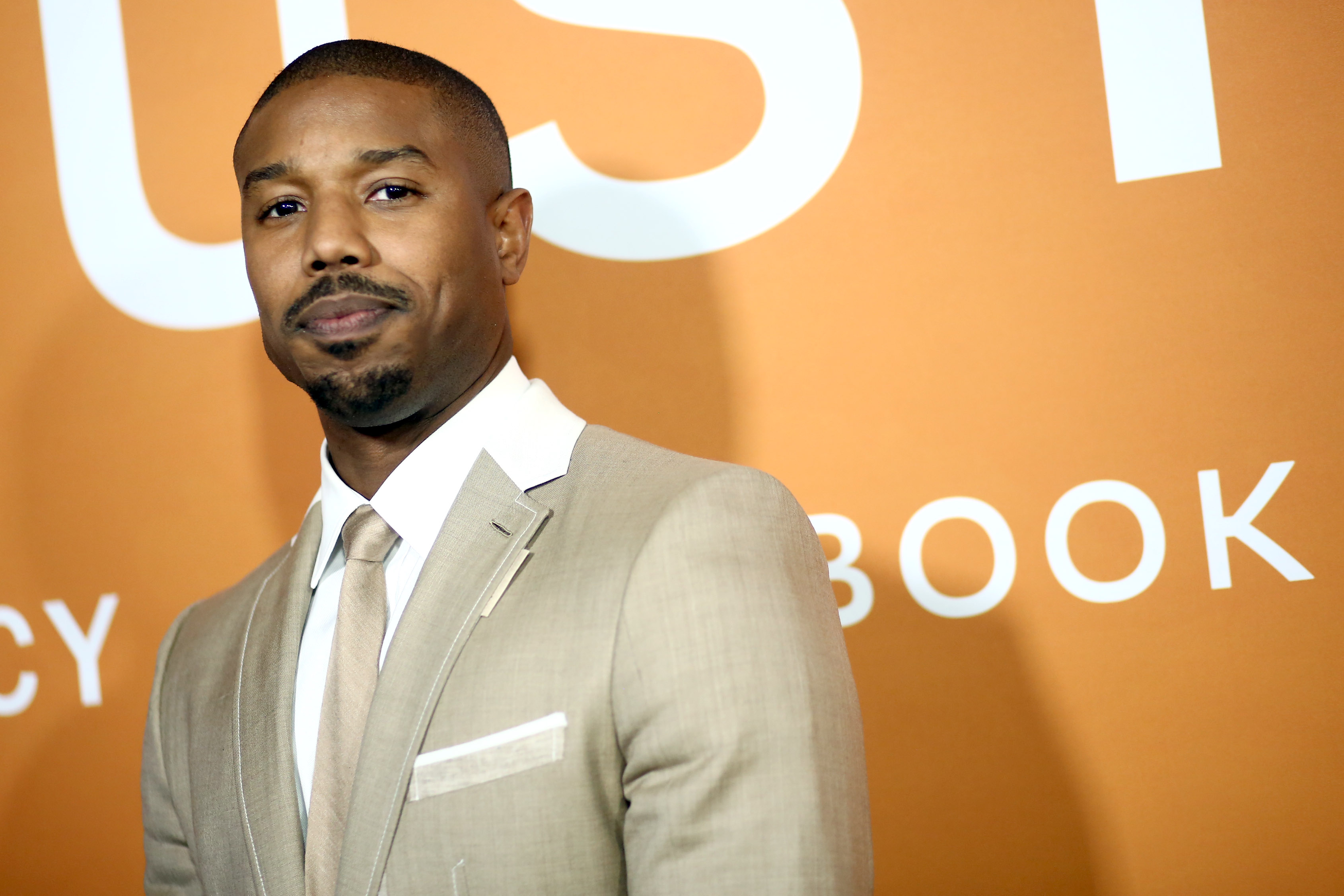 Static Shock is one of several projects Michael B. Jordan is working on to produce with the DCEU. Jordan, of course, has made several forays into Marvel superhero films, first starring in ill-fated Fantastic Four reboot, and then in a masterful turn as Killmonger in Black Panther. Now he’s taking on a role behind the camera to help improve representation in the DCEU. “I’m proud to be a part of building a new universe centered around black superheroes; our community deserves that,” Jordan told Entertainment Tonight. He is also developing his own Black Superman show, though he will not be starring in either series. 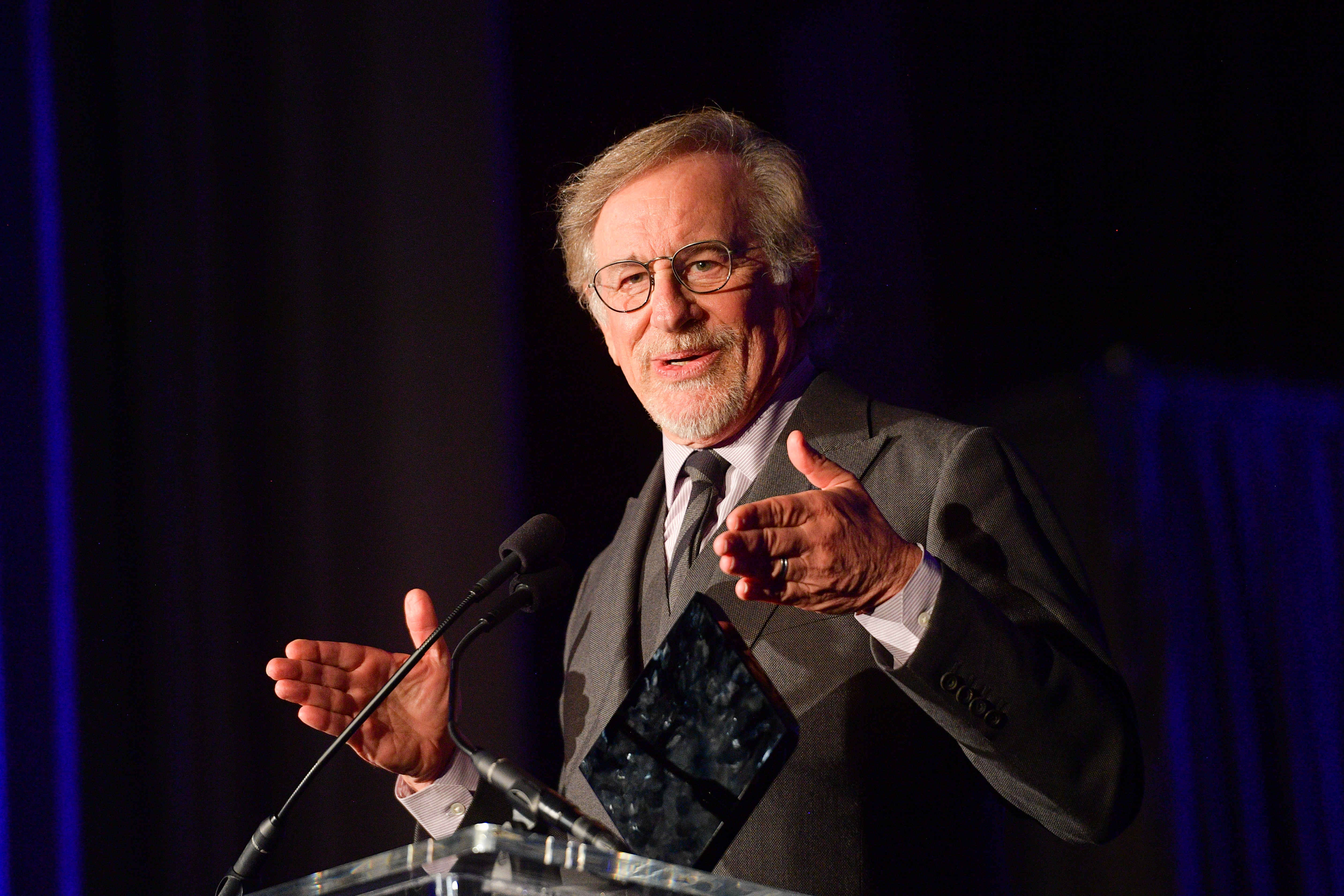 Steven Spielberg has been set to direct his first DC movie for a few years now, though it’s unclear when production will actually begin. The story centers on the pilot Blackhawk and his squadron during World War II. 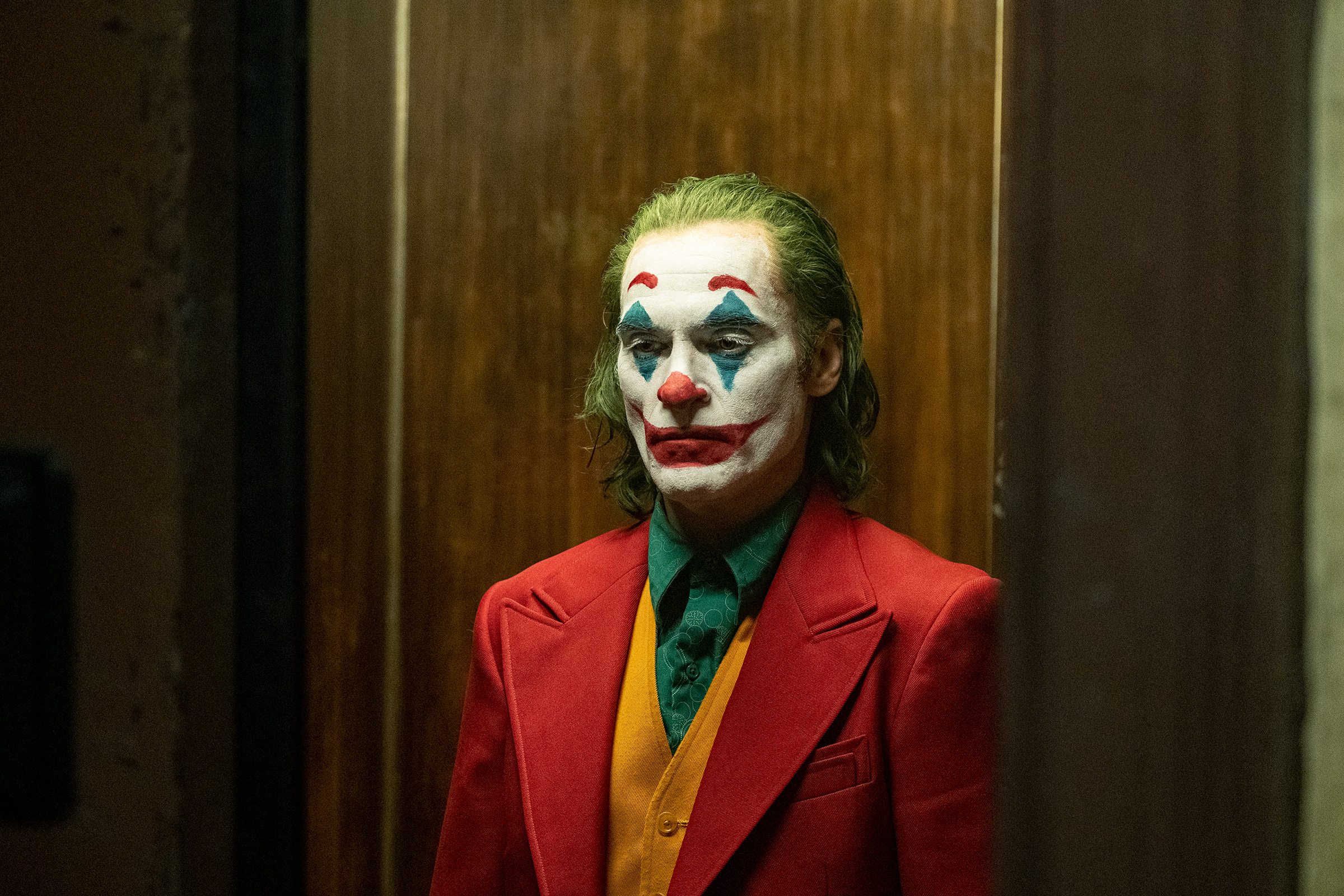 Love it or hate it, The Joker is getting a sequel. The controversial film earned an Oscar win for Joaquin Phoenix and struck a decidedly more serious tone than other entries in the DCEU. And despite Phillips’ initial intentions for Joker to be a one-off, the director is now writing a sequel to the supervillain drama.

Sign up for our Entertainment newsletter. Subscribe to More to the Story to get the context you need for the pop culture you love.

For your security, we’ve sent a confirmation email to the address you entered. Click the link to confirm your subscription and begin receiving our newsletters. If you don’t get the confirmation within 10 minutes, please check your spam folder.